The Read Across America literacy event was memorable for the young children and their families who attended the celebration at the Hagatna Public Library on March 1, 2014.  My youngest son Kinny was captivated by the Dr. Seuss puppet show and the various arts & crafts stations.  He and the other enthusiastic kids also participated in a special parade and feast in celebration of Dr. Seuss' 110th Birthday!  Happy Birthday Dr. Seuss!  Kudos to all!  Enjoy the following snapshots taken during this special event! 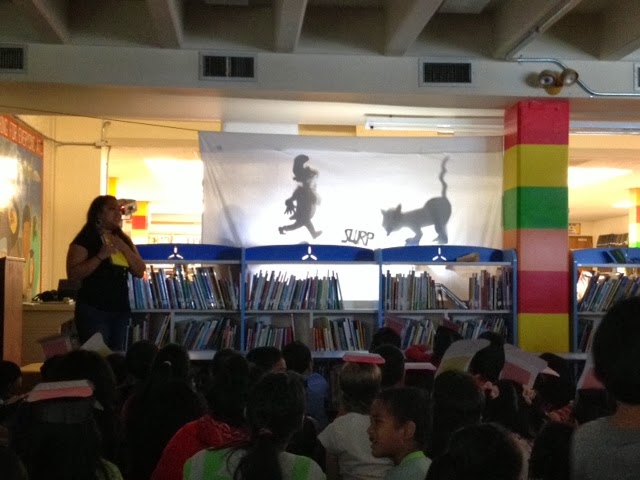 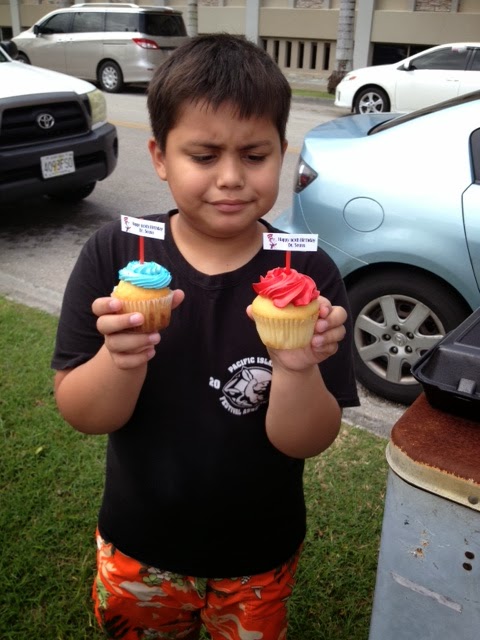 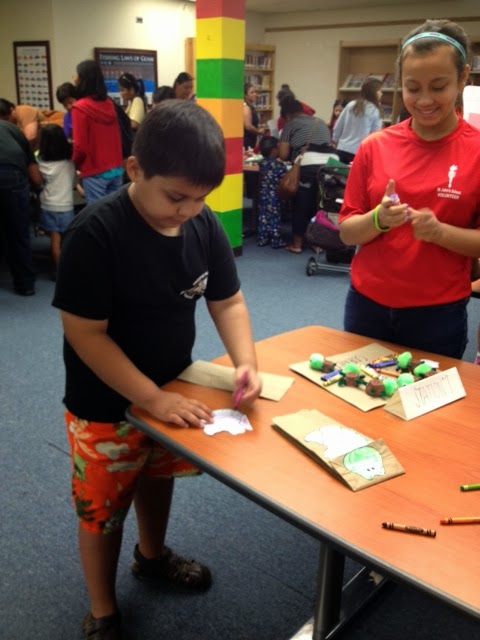 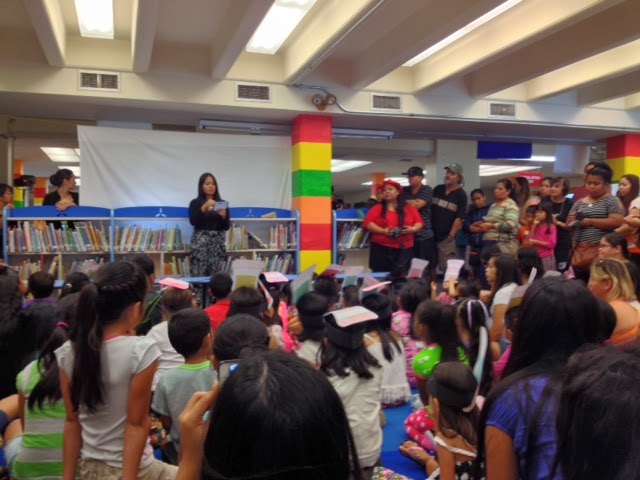 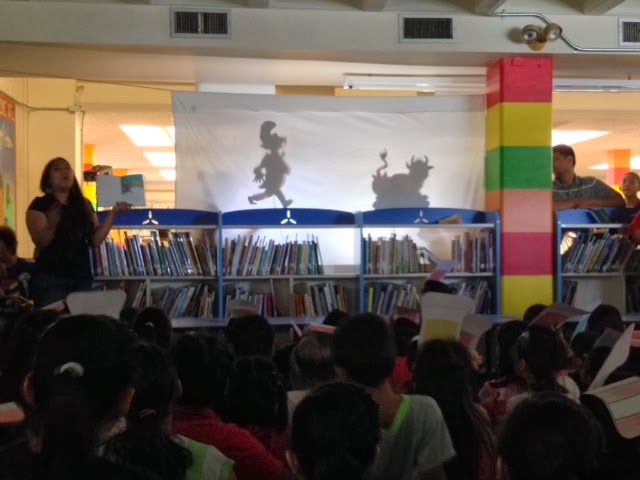 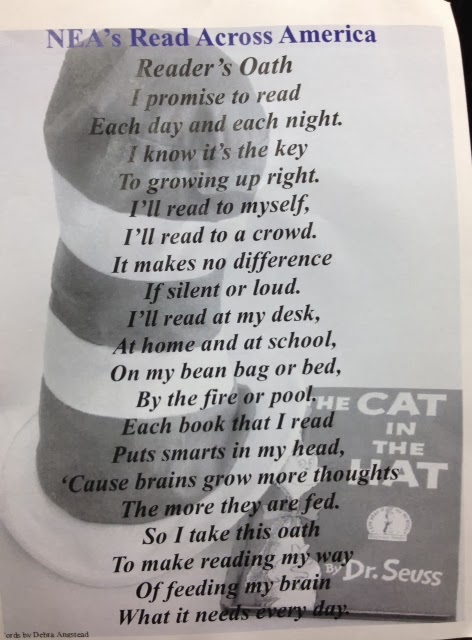 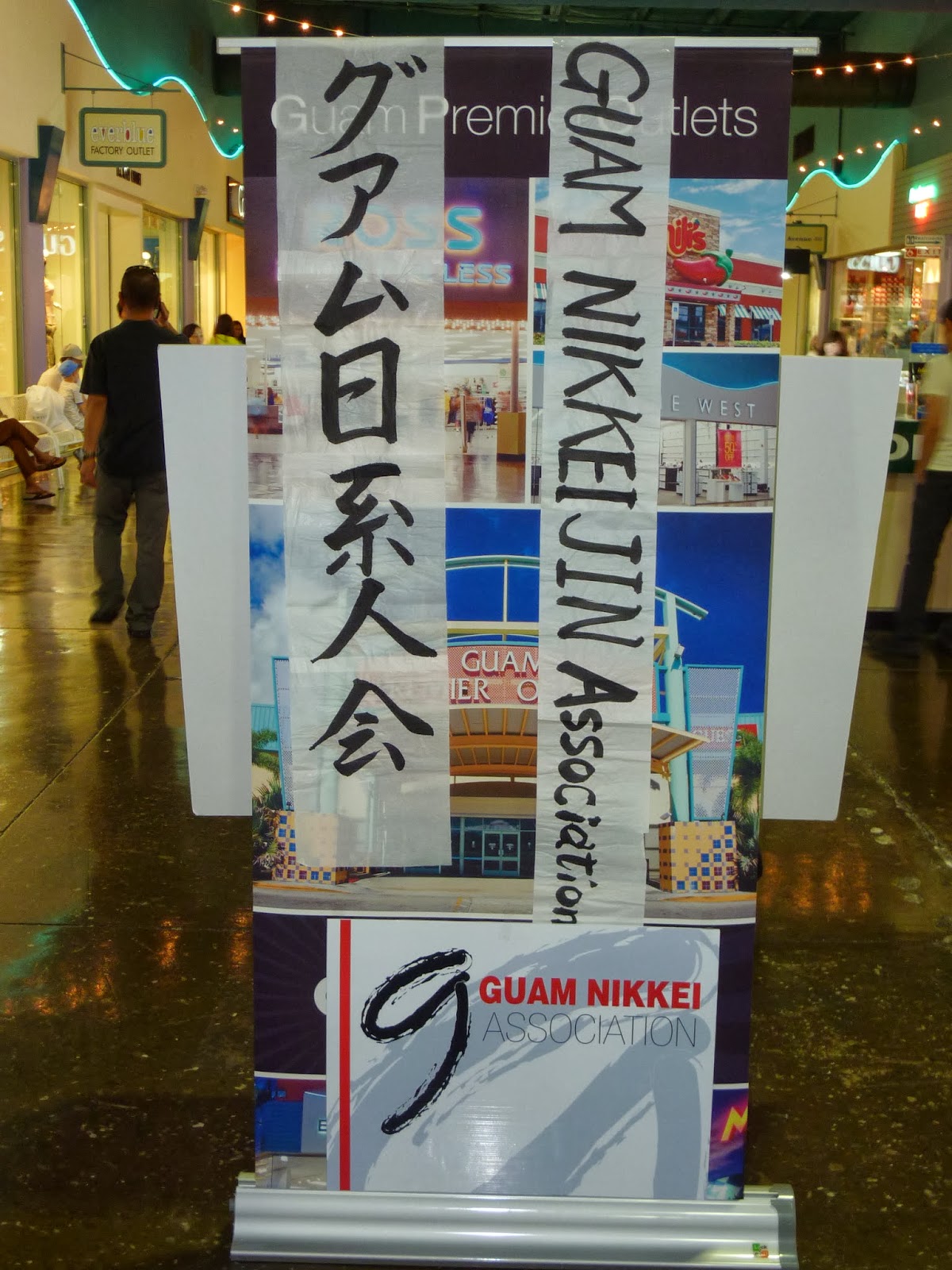 The 2014 Annual UOG Faculty Development Day held Friday, February 21, 2014 at the Hyatt Regency Hotel was resourceful.  Faculty were fortunate to select from the following presentations:

Posted by mnrivera at 1:08 AM No comments: 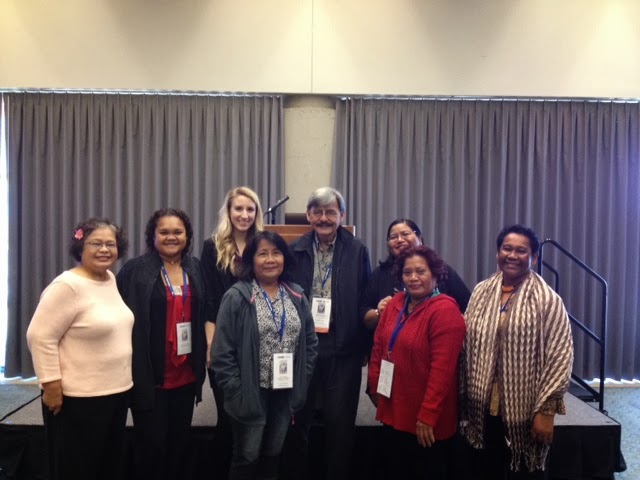 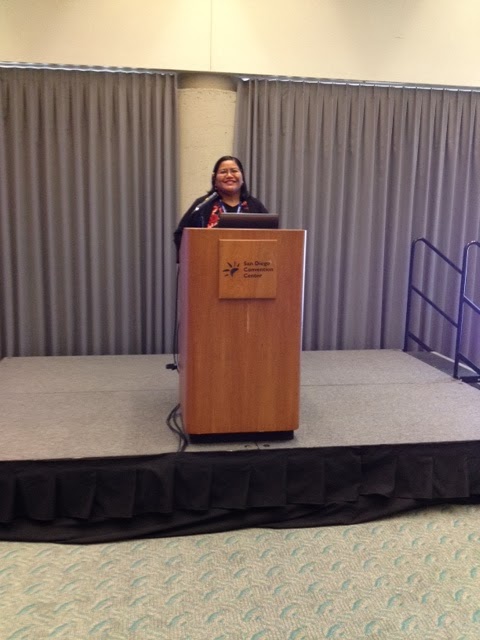 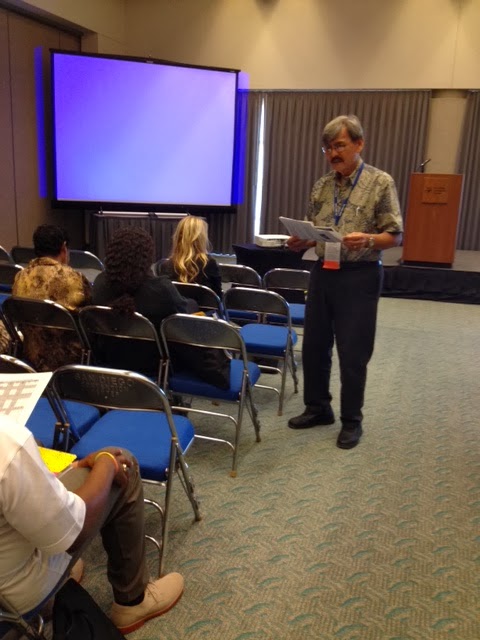 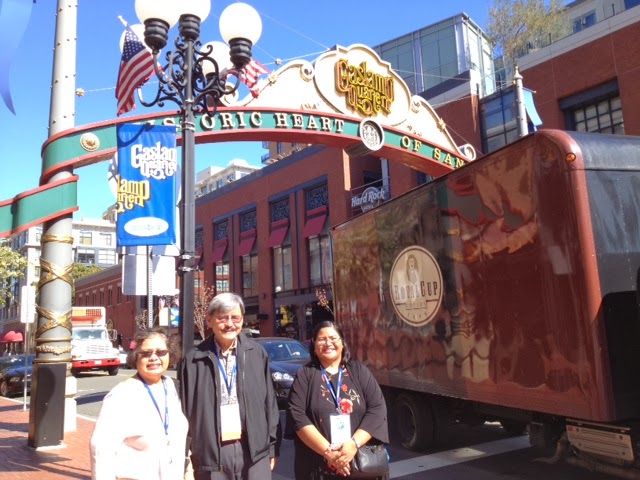 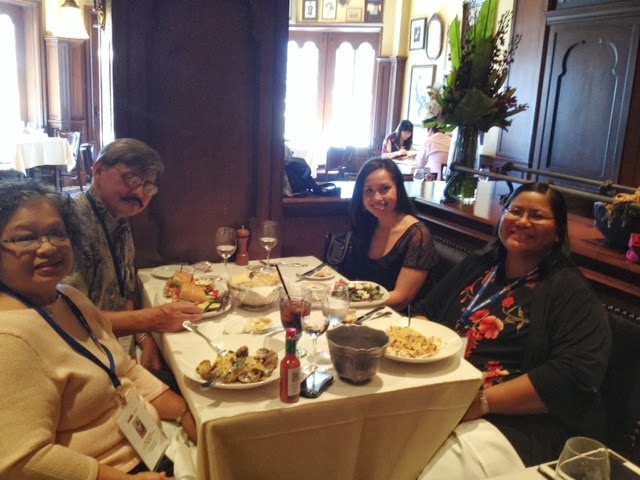 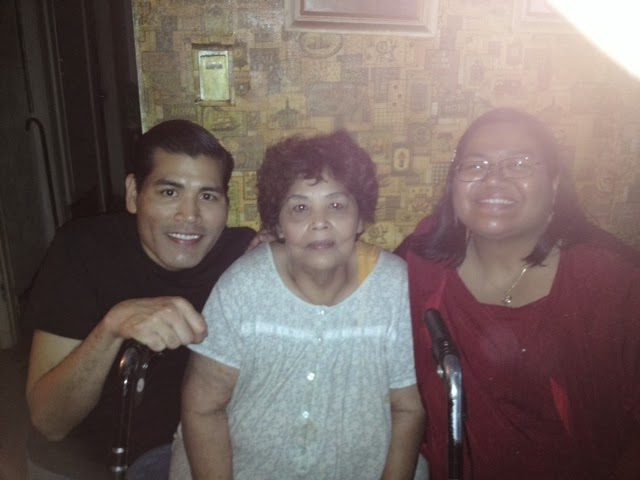 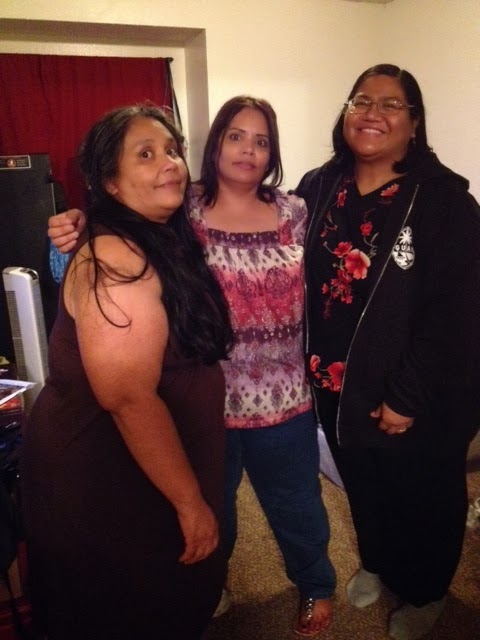 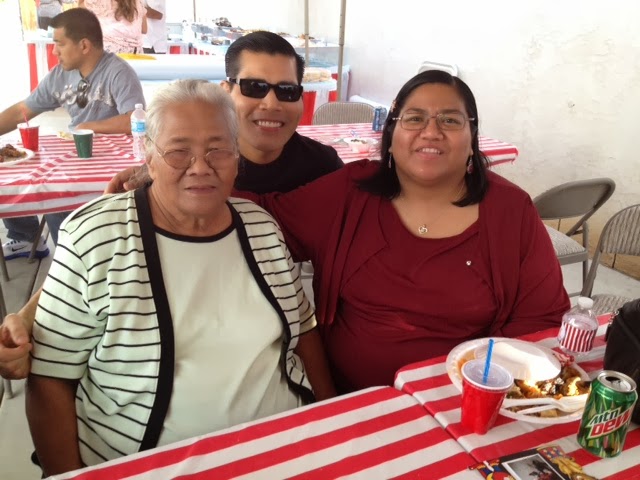 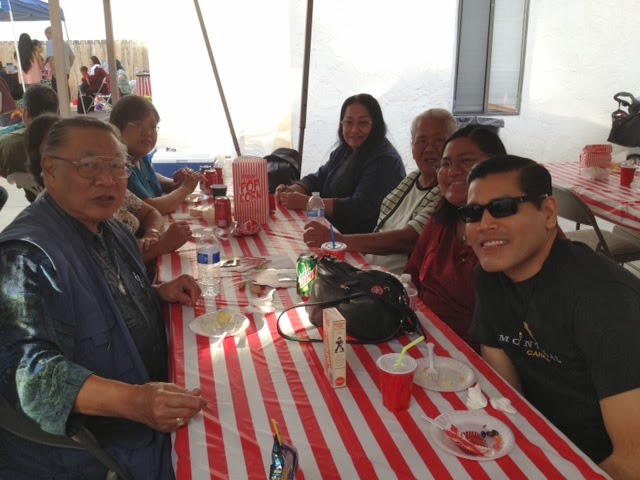 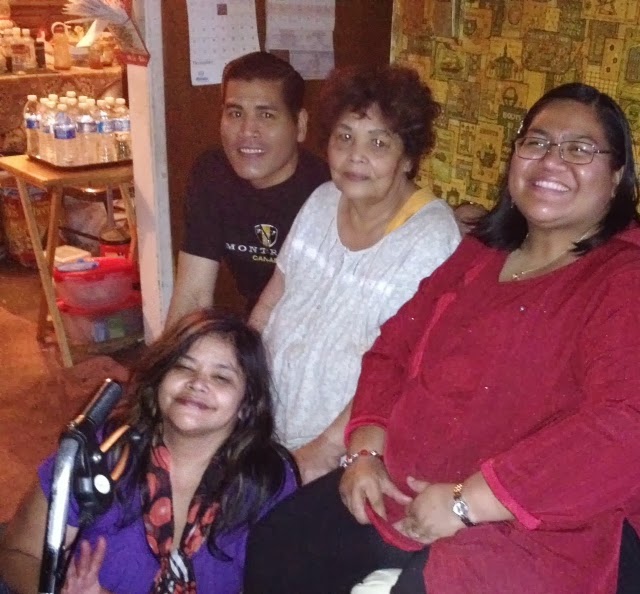 The 43rd Annual National Association for Bilingual Education (NABE) Conference held in San Diego, California was meaningful! The theme was Sailing into the 21st Century:  Multiple Languages, Multiple Paths, Lifelong Advantages.  Dr. Jose Cruz and I had the honor of presenting our culturally-relevant papers at the conference hosted February 12-15, 2014 at the San Diego Convention Center. Professor Rosa Salas Palomo served as the Chair during our Asian Pacific Islanders Special Interest Group session.  Her Co-Chair was Dr. Shu-Yuan Lin. Although the Guam Delegation was a small group, they proudly represented the island amongst the others who presented.  Their presentations focused on Sailing to an Innovative Way of Reaching Out to Pacific Islanders,Creating a Safe Classroom Environment for ELLs' Learning, Student Achievement: Bi-literate Magic in Core Subjects for Lifelong Advantages,and Alii World: Palau Language Commission Has Arrived at the Digitalized World of the Internet.  Other highlights of the conference included the following: NABE - CABE Pre-Institute, The Seal of Biliteracy: An award, a policy, a strategy and tool for our bilingual movement, Dual Immersion as a Turn-Around Model:  Successes and Challenges, How to Align Common Core State Standards for All Learners, Educating for Global Competence:  The Value of Multilingualism, To Translanguage or not to Translanguage?  How to and How Not to, and so much more!

The Guam Nikkei Association will be presenting the Guam Nikkeijin Exhibit II at the Guam Premier Outlets on Saturday, February 22, from 11am to 3pm. The organization consists of membership comprised of those with Japanese ancestry and living on Guam. Its membership includes those originating from Japanese communities on the mainland and Hawaii, Palau, Republic of the Marshalls, the Federated States of Micronesia, the Commonwealth of the Northern Mariana Islands, Okinawa, other areas in the global community and even from Japan. Issei, nisei, sansei, yonsei, gosei and extended members of local families have gotten together to share histories, lineages, connections to prefectures, surnames and other information relative to the organization’s mission and objectives. Family trees, photographs, records, memorabilia, textiles, heirlooms, historical accounts and rosters of descendants’ names will be featured at the Exhibit that is free and open to the general public.

The exhibit will be situated between Nike and Levi’s Stores at GPO. Those wishing to be included in the exhibit are invited to contact Peter R. Onedera, historian, at 477-4234, 486-3210 or peteronedera@gmail.com or president Monte Noda Mesa at 888-1944 or monte@guam.net. 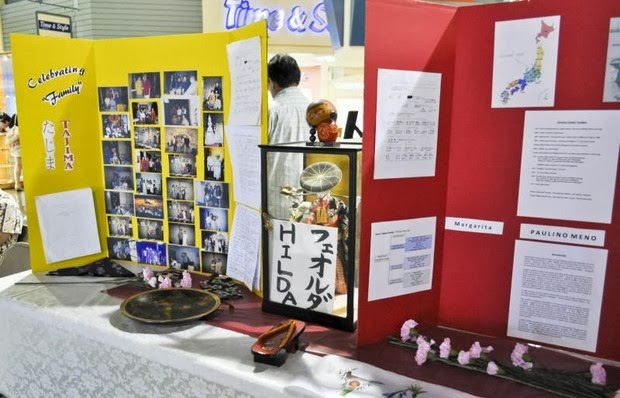 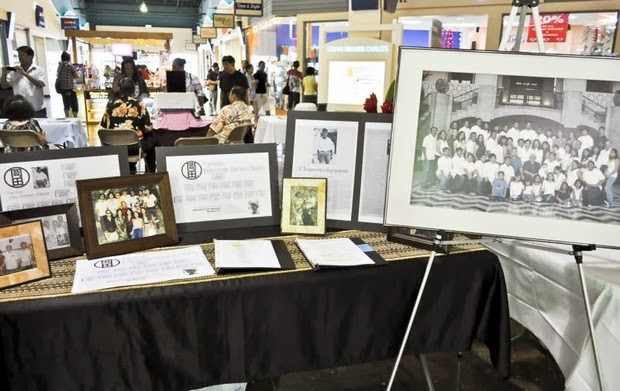 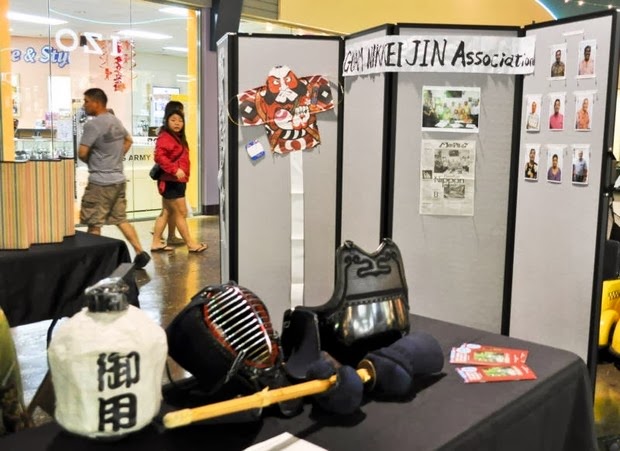 Pictured above L-R: Guam Nikkei Association 2013 President, Peter R. Onedera, and Board Vice-Chairman, Monte Noda Mesa, at the GPO Guam Nikkeijin Exhibit 2013.
Posted by mnrivera at 10:40 AM No comments: 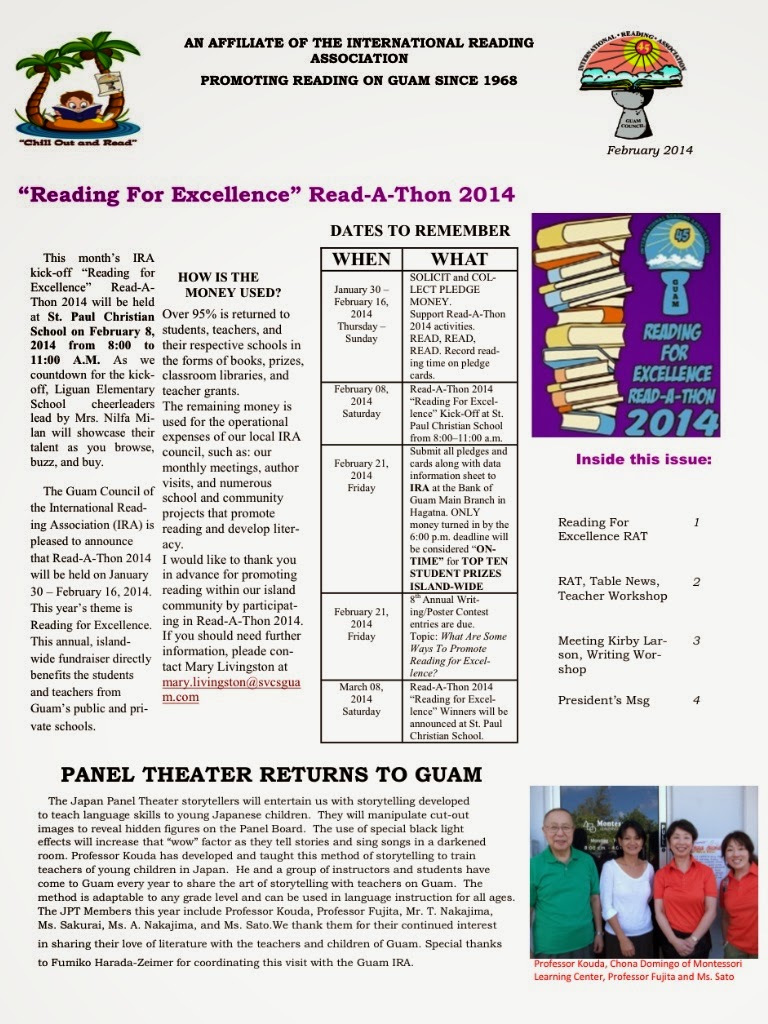 Click on the newsletter above to view this month's issue. 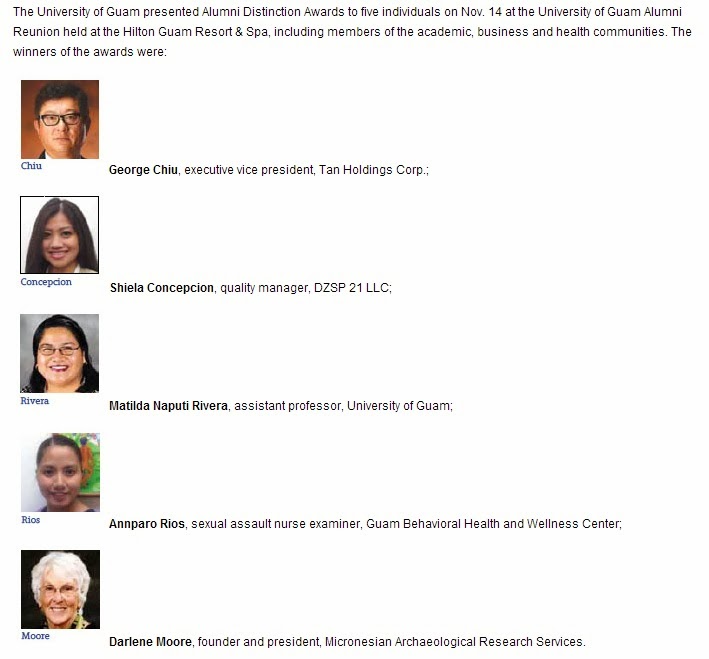 Check out the following Guam Business Magazine Noteworthy individuals, and most especially the UOG Distinguished Alumni at the following URL: http://www.guambusinessmagazine.com/?pg=vol32_01_noteworthy. Kudos to all!
Posted by mnrivera at 12:11 AM No comments: 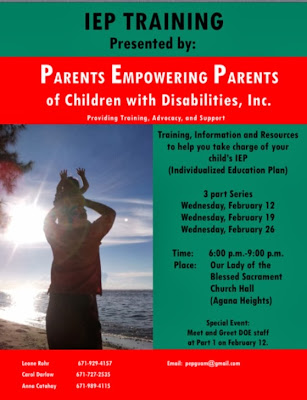 Posted by mnrivera at 8:41 PM No comments: